Collapse All | Expand All | Toggle All

Vietnamese coffee takes revolutionary stand in the heart of Belfast

Two brothers bring a piece of Vietnamese coffee culture to their hometown and adapt it to the local market.

More than 10,000 kilometers from Vietnam in Belfast, Northern Ireland, President Ho Chi Minh’s face gazes out over a small café.

The wall features the benevolent smile of Vietnam’s late president and the quotation “Nothing is more precious than independence and liberty.”

Martin and Gary Small, who visited Vietnam once, five years ago, for a grand total of 10 days, opened Vietnamese Coffee Co more than a year ago on May 1, 2017 for a simple reason: they love Vietnamese coffee.

The two brothers first arrived in the country in 2013 as part of a tour of Southeast Asia before visiting their sister in Australia, but it would be another four years before they brought a taste of Southeast Asia to Belfast.

Towards the end of 2016, Martin and Gary were both made redundant from long-time jobs in banking and civil service respectively. After years of working for others, the Smalls saw this as an opportunity to strike out on their own.

Keen travelers, Martin and Gary cast their minds back to that trip in 2013 and their favorite destination: Vietnam. The country’s varied and unique cuisine had made a strong impression on the brothers, and they realized they could fill a gap in the market for authentic Vietnamese flavors.

Due to the onerous process of acquiring health and safety license for a premises serving hot food, the Smalls decided their best bet was opening a café. Using their severance pay they opened Vietnamese Coffee Co in the heart of the city at 102 Great Victoria Street.

“It was an opportunity to go for it and do something we wanted to do,” Martin said.

Martin and Gary’s goal was to bring a piece of Vietnamese coffee culture to Belfast and adapt it to the local market, not an easy task considering the differences between the two countries.

Martin and Gary recognized they couldn’t afford to make customers sit and wait for their coffee to be filtered through the steel filters common in cafés in Vietnam.

“We timed other cafés in the area and found it took them about five minutes to make a latte, so we experimented with our filters and blends until we could do the same with our coffee,” said Martin.

Aside from speed of service, the Smalls also faced the challenge of serving condensed milk to the people of Belfast.

While the sweet, thick milk may be normal in Vietnam, in Northern Ireland using it in coffee is close to a sin. Unperturbed, the Smalls focused on bringing an authentic experience and persevered, telling those customers who didn’t like it to try a black coffee.

The results speak for themselves, as Vietnamese Coffee Co now has a steady customer base drinking Trung Nguyen coffee, which the brothers buy from an importer in the mainland United Kingdom, with milk or without.

“Some people come here just to buy the tins of condensed milk now, they can’t get enough,” said Gary.

Vietnamese Coffee Co also serves three different types of banh mi, jasmine, green and lotus tea, the latter of which Gary says one visiting Vietnamese-French man was amazed to find on offer in Belfast, but not Paris.

More impressive than turning the Northern Irish onto ca phe sua da though is the fact that Vietnamese Coffee Co is a sight for sore eyes for those who call Vietnam home.

Whether it’s Vietnamese expats, tourists or even Westerners returned from a trip to Vietnam coming into the café, Martin says they’re all happy to find a slice of Vietnam.

The décor also turns heads, as the café’s walls are often adorned with paintings by contemporary Vietnamese artists such as Phuong Quoc Tri, Nguyen Hong Son and Duong Huy, with the artworks exhibited in the café by a local collector.

The art along with simple touches like the rustic wood surfaces similar to those in cafés in Vietnam, a clock telling the time in Hanoi and lanterns from Hoi An used as lampshades have led many a visitor to tell the brothers their café is “so Vietnamese,” according to Gary.

However, the most eye-catching part of the café is unquestionably the mural of Vietnam's late president. Painted by renowned local street-artist Dean Kane aka Visual Waste, the mural is in the style of the iconic Barack Obama ‘Hope’ poster and painted in red and yellow.

The result is an imposing yet warm depiction of President Ho Chi Minh, one that never fails to make an impression on patrons, chosen by the Smalls as the late president is the iconic and easily recognizable symbol of Vietnam in the West.

While Gary says local customers occasionally try and engage the brothers on the politics of such a mural (to no avail), some patrons have more emotional reactions.

“Two Vietnamese students were moved to tears when they saw it. They said it reminded them of home,” says Gary.

While Vietnamese Coffee Co may be a strange sight in Belfast, it seems being a bit different is paying off.

The café has just celebrated its first anniversary, no mean feat for an independent business run exclusively by two people, and has a dedicated core of regulars.

So move over Guinness, Irish coffee and crusty bread rolls, ca phe and banh mi are in Belfast now, and they’re here to stay. 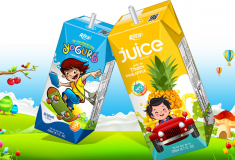 YOGURT – A JOURNEY TO HEALTHY LIFE 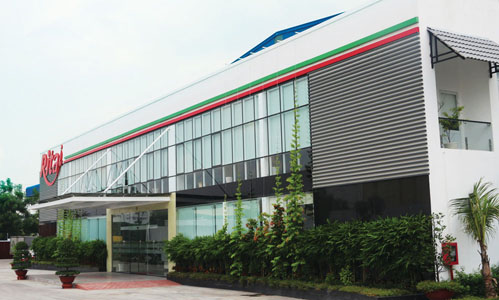